An armed teacher intervened after a man attempted to kidnap an elementary school child from the playground. The teacher fired no shots, the suspect is in custody, and the child is physically unharmed. 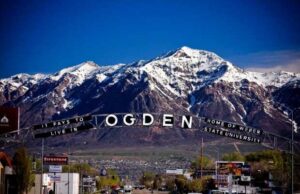 Stories You May Not Hear About Elsewhere:

You may not have heard about this incident. Incidents involving the justified, life-saving use of firearms rarely gain attention in the media. I, for one, believe the media’s singular focus on portraying guns themselves as evil has hindered the advancement of focus on the root cause of violence. So, because of that, I want to share news stories involving gun owners who, by their actions, save lives.

This week, a KSL News in Ogden, Utah, reported on an incident at an elementary school. A man confronted children who were outside playing on the playground during recess. The man grabbed one of the children, an 11-year old by the arm. The child did not know the man, and it appears that the man randomly selected the child.

The suspect, however, did not leave. The maniac began punching the windows in an attempt to break them and gain access to the school. The armed teacher had a concealed handgun. Only after displaying the handgun to the suspect did he stop trying to get into the school. At the same time, the teacher called 911, and officers arrived to take the lunatic into custody.

He took it upon himself, to protect, and be a hero frankly, for the children on scene…

The Armed Teacher and Utah Law:

The fact that this incident occurred in Utah is noteworthy. Utah was the first state in the country to specifically allow an armed teacher to carry a concealed handgun on school grounds. The armed teacher concept has always been controversial for politicians. However, since 2003, when Utah began allowing armed teachers in the classroom, there has been precisely one instance of negligence. It occurred in 2014 when a teacher accidentally discharged her firearm in the bathroom. She has the only one injured when the bullet struck the toilet. Here is a link to that incident.

No other state has given us more data on the effectiveness of allowing responsibly armed teachers on school grounds. On the contrary, we have seen the tragic results of schools where the only person armed is the criminal psychopath.

Protect What is Most Valuable?

It does not take any particular degree to recognize that armed personnel is a necessary part of securing anything of extreme importance. Think of all the people and things that armed persons protect. Politicians, movie stars, athletes, money, jewelry, artwork are all protected by people that have firearms. Why should we not provide that same level of protection to children?

Consider checking out the number one ranked Concealed Carry Podcast. We talk about legal issues, training, gear, and news related to concealed carry and the gun world.